SPONSORED BY THE CHESTER BOCCE CLUB in memory of Donald Hanson

Carter Brey was appointed principal cellist of the New York Philharmonic in 1996, and made his subscription debut as soloist with that orchestra the following year. He has appeared as soloist with many of America’s major symphony orchestras, collaborated with numerous ensembles including the Tokyo, Emerson, and Harlem string quarters, and performed and recorded with such artists as Christopher O’Riley, Garrick Ohlsson, and violinist Leila Josefowicz. Mr. Brey is also cellist in the New York Philharmonic String Quartet, which debuted in 2017 and performs widely throughout the US. He rose to international attention in 1981 as a prizewinner in the Rostropovich International Cello Competition; subsequent appearances with Mstislav Rostropovich and the National Symphony Orchestra were unanimously praised. His awards include the Gregor Piatigorsky Memorial Prize, an Avery Fisher Career Grant, and Young Concert Artists’ Michaels Award. A faculty member of the Curtis Institute of Music, Mr. Brey was educated at the Peabody Institute as a student of Laurence Lesser and Stephen Kates, and at Yale University, where he studied with Aldo Parisot and was a Wardwell Fellow and a Houpt Scholar. He lives in New York City with his wife, Ilaria Dagnini Brey. They have two adult children, Ottavia and Lucas. 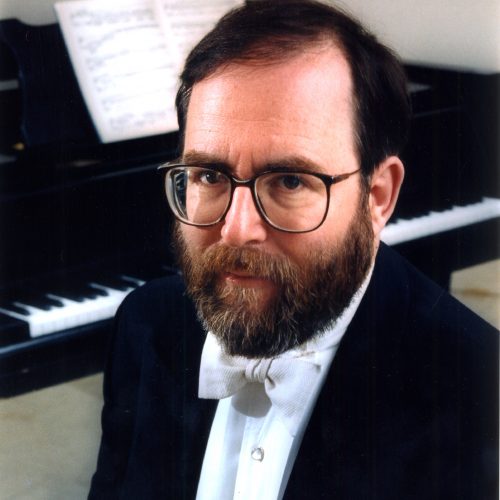 Among the most experienced and versatile musicians today, the American pianist Benjamin Pasternack has performed as soloist, recitalist and chamber musician on four continents. His orchestral engagements have included appearances as soloist with the Boston Symphony Orchestra, the Philadelphia Orchestra, the Orchestre Symphonique de Québec, the Tonhalle Orchestra of Zurich, the New Japan Philharmonic, the Pacific Symphony, the New Jersey Symphony, the Orchestre National de France, the SWR Orchestra of Stuttgart, the Bamberg Symphony, and the Dusseldorf Symphony Orchestra. He has performed as soloist with the Boston Symphony on more than a score of occasions, at concerts in Carnegie Hall, the Kennedy Center, in Athens, Salzburg, and Paris on their European tour of 1991, and in Sao Paulo, Buenos Aires, and Caracas on their South American tour of 1992. A native of Philadelphia, Pasternack entered the Curtis Institute of Music at the age of thirteen, studying with Mieczyslaw Horszowski and Rudolf Serkin. He was the Grand Prize winner of the inaugural World Music Masters Piano Competition held in Paris and Nice in July 1989. An earlier competition victory came in August 1988 when he won the highest prize awarded at the Fortieth Busoni International Piano Competition. After fourteen years on the piano faculty of Boston University, he joined the piano faculty of the Peabody Conservatory of Music in September 1997.

At the conclusion of the program, members of the audience are invited to meet the artists in a reception and share refreshments generously donated by The Wheatmarket.